Nummer-Eins has been from the very start about breeding the most well rounded German Shepherds, not the prettiest show dogs. I have sometimes gone great lengths to avoid famous stud dogs in breedings and pedigrees that in my mind were more detrimental to the overall health, character or learning ability and resilience in dogs. I have stepped away from males that produce that "rich red color" and "powerful bone" if it would mean a step back from good mentality, compromised drive or overall integrity in structure. More recently, it felt like all the emerging dogs seem to come from a handful of families and you can't avoid them no matter what male you consider (Zamp, Quenn, Vegas, Remo, Ghandi). A sort of genetic impasse.


So to bring the next generation of Nummer-Eins in the world, the search began for a dog with the right anatomy, pigmentation, health and most importantly strong character, not just on the field but also off it because a German Shepherd dog is first and foremost a family dog. 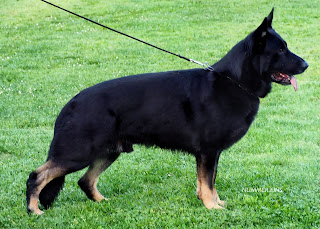 Ucon vom Patiala
Keeping up with the tradition of stepping away from convention, Ucon von Patiala (IPO3, Ang. LBZ) seemed to be the obvious choice. Ucon is a powerful male of the correct size, with very good functional structure and excellent agility. This dog is very self assured and owns every situation he walks into. He has solid, powerful grips in bitework, a natural push for obedience, excellent hunt drive and an unflappable character as he goes to work with his owner everyday, meeting new people and hanging out in an office chair. This striking male with a dominant character commands presence wherever he goes, yet is completely stable around strange dogs. He stamps his children with his qualities that I have seen over a broad spectrum of females that have been bred to him.

This dog is no accident, but a product of his excellent genes. Several years ago, I met his father BSP competitor Mac von der Kine IPO3 (Arguably the strongest, most dominant clear headed male that I ever met) and wanted him to be a part of the Nummer-Eins breeding program but felt that I didn't have the right female for him at the time. Ucon's motherline (Jilnannah Talka marda, sister to the famous Javir) which in my mind represents some excellent females, whether its his sister, his mother or his grand mother, all with solid temperaments: excellent German Shepherds in every sense. Ucon in line bred in the 5th generation on an amazing male Troll vom Bösen Nachbarschaft, who he phenotypically represents very closely. The troll line is responsible for producing several great dogs. Through Troll’s brother comes a female Angie Bösen Nachnarschaft, who produced the 98 world champion Quasi NBS (twice world and twice BSP competitor). Also Through Timmy came the N litter Heilegenbosch (Nick) and J litter Runachtal (Jaro). 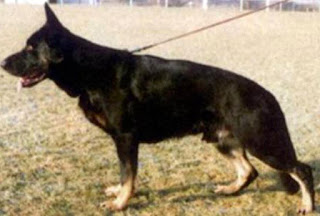 Troll v Bösen Nachbarschaft
I would be remiss if I didn’t mention the tail end of Ucon’s motherline, to whom he owes his black lacquer eyes too. Pia’s grandmother Quaste von Ankenrütt was a V rated female at the BSZS and a multiple BSP and WUSV competitor (Reserve winner at 2002 BSP) She was a grand daughter of Troll through his best son Aly vom Vordersteinwald. Jilnannah (OFA excellent hips) from her five litters produced has not even produced a single imperfect joint. Her brother Javir, after 200 odd breedings Zw is still 73.

Side note: Troll produced another super producing male who is very influential in the working lines of today Yoschy v d Döllenwiese (Descendants: Hutch Dunklen-Zwinger, Elliot v Prevent, Zorro Mordschau), a dog ahead of his time, who has left his stamp on several top bloodlines that are dominating the WUSV and BSP of today: Kinski Heidhof (think Henrik, Ouzo) and Elute Mohnweise (You can find him in most lines with excellent grips, speed and strike).
Interestingly enough, Troll was line bred in the 5-4 on VA2 Mutz von der Pelztierfarm, one of the pillars of the modern show dog. 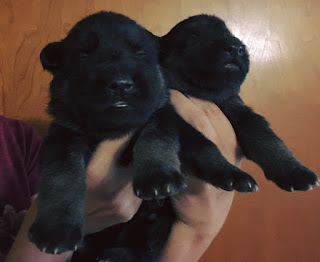 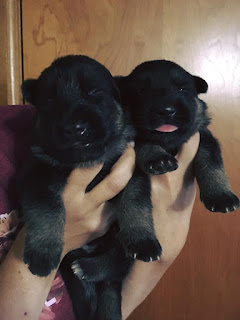 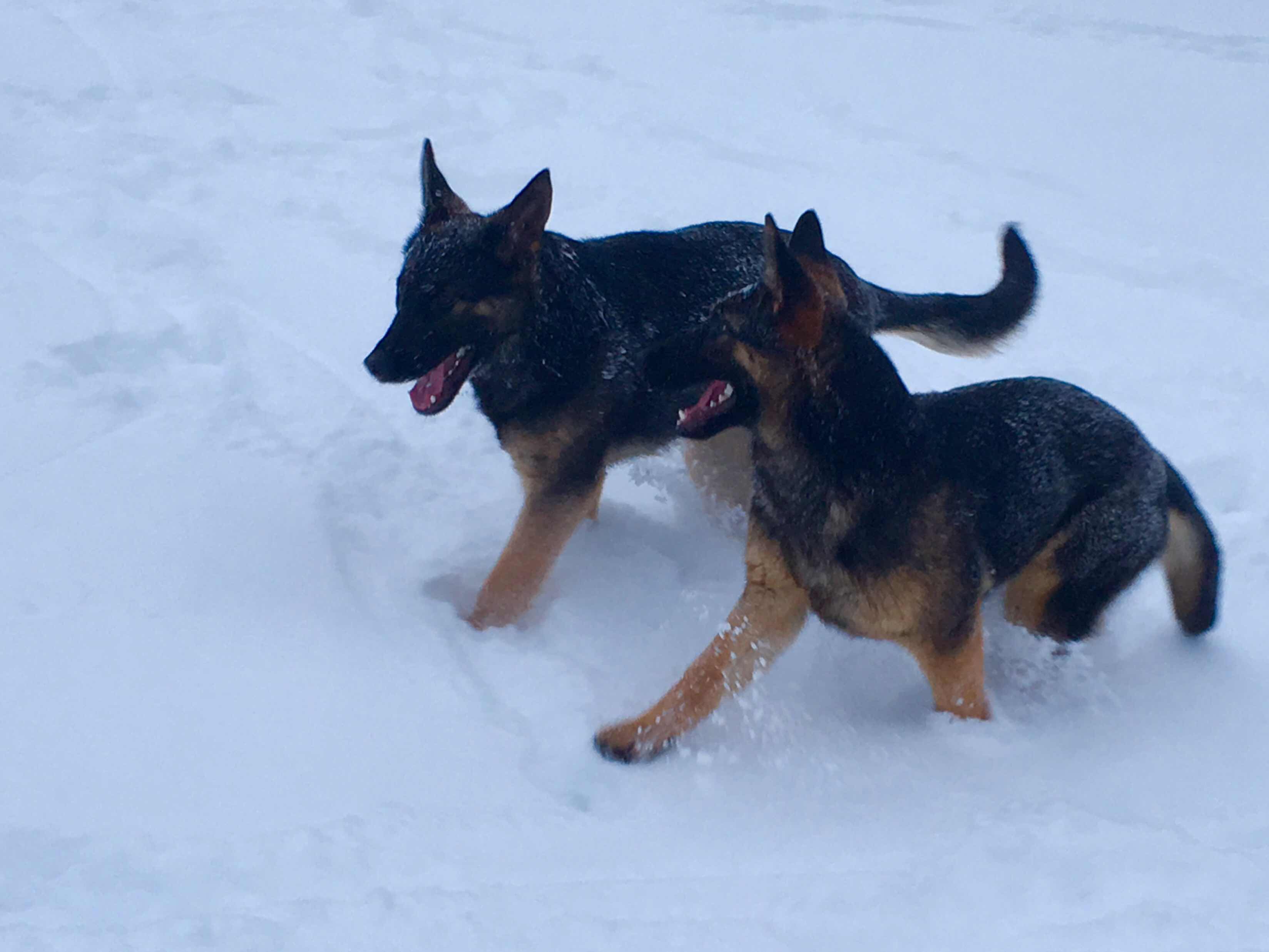 German Shepherds playing in the snow

In light of the polar vortex, we decided to go for a hike before this rare weather phenomenon hit central Michigan and we were stuck indoors. The dogs enjoyed themselves thoroughly, playing catch through the snow.

The Purdue Vaccination Studies And Auto-AntibodiesDog Vaccinations/ By Catherine O'DriscollA team at Purdue University School of Veterinary Medicine conducted several studies (1,2) to determine if vaccines can cause changes in the immune system of dogs that might lead to life-threatening immune-mediated diseases. They obviously conducted this research because concern already existed. It was sponsored by the Haywood Foundation which itself was looking for evidence that such changes in the human immune system might also be vaccine induced. It found the evidence. The vaccinated, but not the non-vaccinated, dogs in the Purdue studies developed autoantibodies to many of their own biochemicals, including fibronectin, laminin, DNA, albumin, cytochrome C, cardiolipin and collagen. This means that the vaccinated dogs — ”but not the non-vaccinated dogs”– were attacking their own fibronectin, which is involved in tissue repair,…